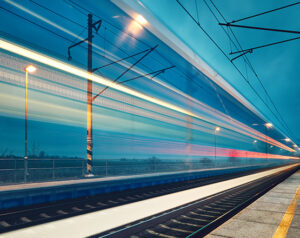 The Boulware Group’s transportation portfolio includes searches in airport management, passenger rail, mass transit and municipal regulatory agencies. Our industry-wide perspective on current challenges and future opportunities has taken shape from our work with transportation leaders over the past 12 years. Our expertise runs the gamut from regulatory matters and new technologies to public relations and strategic alliances. Our longstanding clients depend on our industry knowledge, our commitment to excellence and our record of placing executives who make the difference.

At Issue:  A major rail passenger carrier turned to The Boulware Group to recruit the Managing Director of a nine-state, $5 billion, high-speed rail initiative incorporating new technologies. This individual was to be responsible for developing consensus on carrier needs and system equipment designs among a diverse group of stakeholders, including federal, state and local officials. The position required expertise in consensus building at multiple levels, sensitivity to labor issues and a high level of integrity and credibility within the transportation industry.

At Stake:  The future of passenger rail in the Midwest

The Result: The successful candidate is one of the more highly regarded executives in the industry. He engineered one of the most successful mergers in recent transportation history, among other achievements. Colleagues see him as a high-energy, collegial leader who engenders fierce loyalty. He is renowned for his ability to maintain employee morale in good economic times and bad. In his first year on the job, he built a framework and established the networks that are crucial to this bold and revolutionary plan.